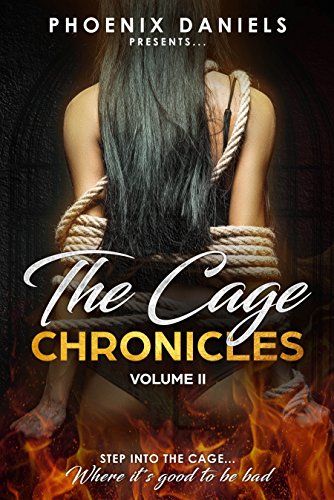 Did I forget to mention I wrote a story in this month’s Cage Chronicles?

Elias sent a quick call to let them know to shut down the room Sierra was in. Tonight, she would be the only viewer for this erotic, cinematic event. At least, with the exception of him, the stranger in the dark behind her. Ever since that first time he’d spotted her, he’d been intrigued. Her taste was already on his tongue, her scent in his clothes, and his dick hard at just the sight of that proper little ass twitching in that skirt. He was hunting, Sierra his prey, and tonight he would do more than watch. Tonight, he planned to have a taste of whatever treasure the introverted librarian was holding…